When people have asked me how I feel about leaving Japan soon, this was a phrase I quickly learned – a tto iu ma – “a blink of time” or literally, “the time it takes to say ‘Ah!'”

Two years feels especially short when I think about how other JETs have stayed as long as five years.  But as I wrote in my last post, the longer I stay here, the harder it will be to return home.  I guess I chose to sacrifice the short term for the long term.  I said goodbye to all my schools last week, and I was surprised how appreciated the students made me feel.  I never thought only seeing them each once a week would have that much of an impact, but when some students gave me lovely personal messages, drawings of me and even asked for my UK address so they could write to me, I realised how close we had actually got during that time and how much I’ll miss them. 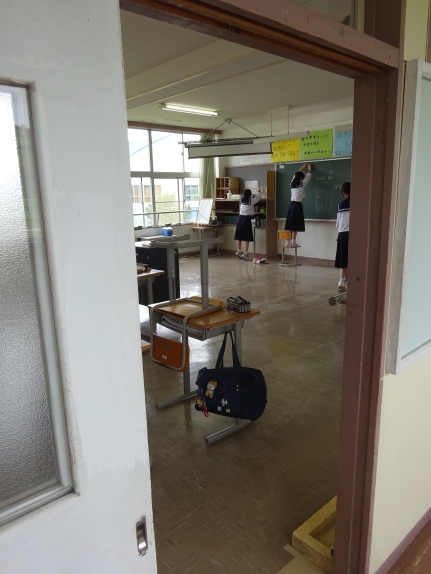 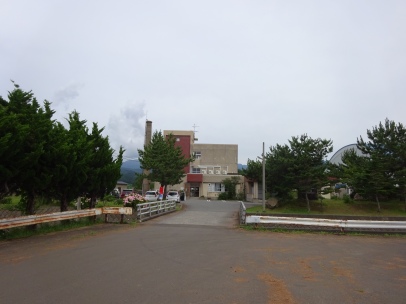 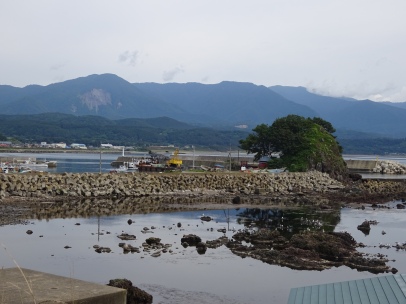 On Monday night, the shock of leaving hit me really hard and I couldn’t sleep at all, thinking about how difficult it will be to see the friends I made here again.  It will be relatively easy to see my Japanese friends as I know they’ll always be here, but sooner or later, my JET friends will all move on with their lives and end up scattered around the world.  However this does mean I have a good excuse to go travelling and see them!  When I’d finally managed to get to sleep, about two hours later, the man living across from me decided 5am was a good time to start hammering away at something in his shed for an hour.  I stuck my head out the window and yelled at him, because I didn’t care about being a nice neighbour anymore with only a week left, but he didn’t hear me anyway.

Clearing out my apartment is really tedious and I hate it.  Especially when it’s hot and humid and all I want to do is lie on my sofa and eat watermelon.  I’ve also amazed myself at how much crap I managed to acquire in two years, and the CARDBOARD, oh the cardboard.  But it must be done, and I tell myself everything will come together in the end, because it always does!

Last Saturday we had a taiko performance and then a party afterwards which one of the group leaders organised for me.  I nicknamed him Boss a while ago and he was so chuffed that now he makes everyone call him that.  We decided that the guy who sort of oversees us as a group, but doesn’t really play with us, needed a nickname too, so I suggested Chief, which also turned out to be a big hit.  We got very drunk and I was serenaded at karaoke with a powerful rendition of Queen’s I Was Born To Love You featuring some hilarious backing dancers.  They are all such a fun group of people, I’m sad I only got to know them proplerly in the last six months.  I could see us hanging out together more often outside practice, but obviously that won’t be happening 😦 But I’m glad I did have those six months!  I remember how hard it was to feel like I had a place in the Japanese community, as I just didn’t click with anyone in my own town.  I’ve been so lucky to have Lauren in the next town, who’s not only been an amazing friend to have, but without her I wouldn’t have had met the taiko group and made such good memories.

I met up with my friend in Aomori city on Monday, as I had to change my visa so I can use the JR Pass to go travelling.  We went to the fish market where you buy 10 stamps and can choose whatever seafood you like to put in your ricebowl.  I got all my favourites, including ikura, unagi and a huuuuuuge juicy raw scallop.  Then she took me to an old-fashioned looking ice cream sundae place where she used to go as a teenager.  I had a “B.B.” which was apparently a “big black” sundae, with big scoops of chocolate ice cream, an oreo, chocolate covered cornflakes and sliced banana.  I couldn’t finish it though…  We looked at the UK guidebooks she’d rented from the library because she wants to visit during spring next year.  Looking at all the nice photos of English gardens and pretty shop fronts in London actually made me feel a bit better about coming home, and even more so at the prospect of showing it around to a friend. 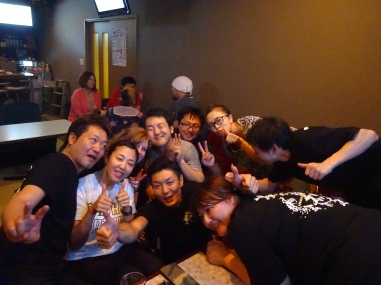 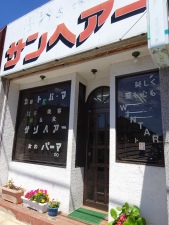