Despite my little ordeal the other Friday night, I safely arrived in Sendai the next afternoon to enjoy a weekend of exploring the city and eating as many different kinds of foods as I could in the space of two days.  Once I met up with my friend who was coming from Akita, we decided our first touristy thing would be to try gyuutan.  The concept of eating beef tongue didn’t really appeal to me but it’s Sendai’s speciality, so we thought we might as well tick it off first to get it out of the way.  We queued outside a gyuutan restaurant in the shopping arcade, as we decided that if people were queuing to eat there then the food probably had a good reputation.  So the beef tongue itself was okay; it was chewy but not exactly tough.  It actually had a bit of a familiar crunch to it – if you’ve ever bitten your tongue you’ll know what I mean!  I probably wouldn’t rush to eat it again. The thought of eating a tongue still makes me feel a bit weird so I’ll move on. 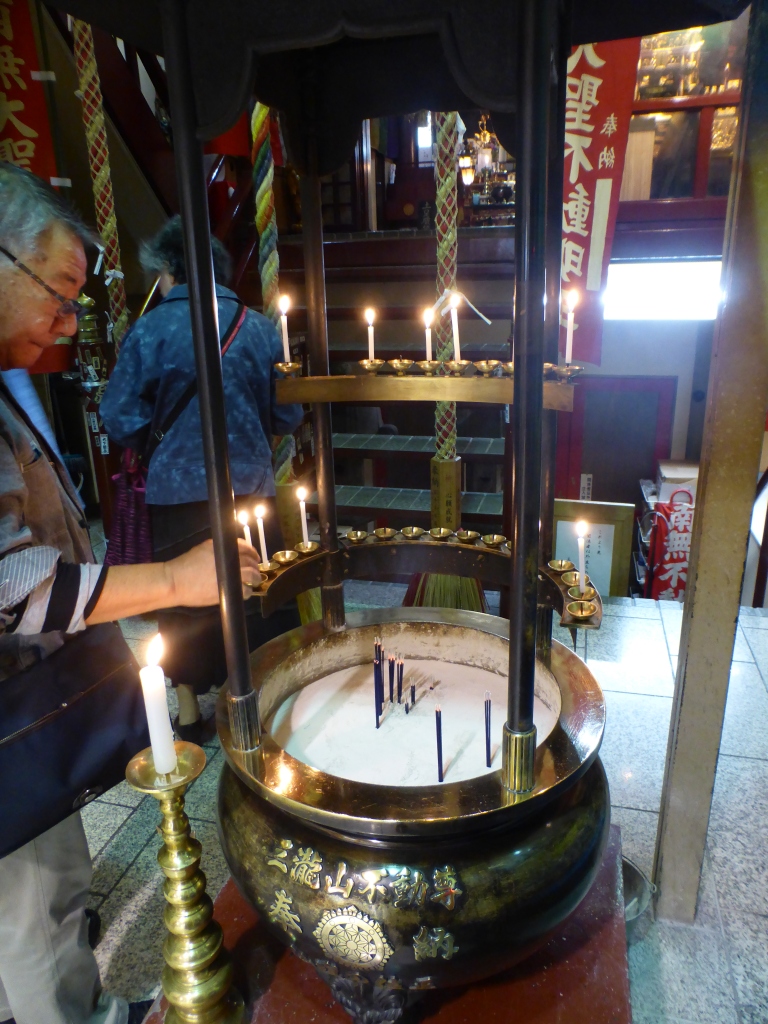 A little shrine tucked away in the shopping arcade

We spent the rest of the afternoon visiting Zuihoden Mausoleum where Date Masamune, one of the most powerful feudal lords of the Edo period, was buried. (He sounded a bit fearsome, probably because of the missing eye!  Just been reading more about him here if you fancy a read.)  The original building was actually destroyed during the war, and normally when I realise that something’s a reconstruction I feel a bit swizzed; however this one was still very beautiful, in particular the puzzle-like features at the top of each corner, so I didn’t mind too much. 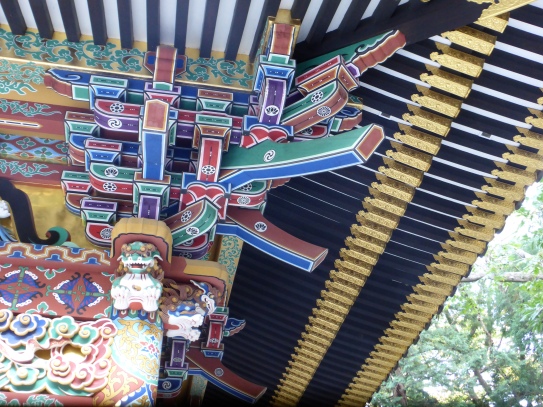 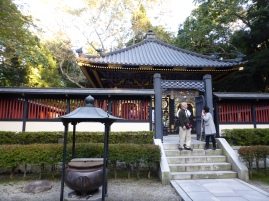 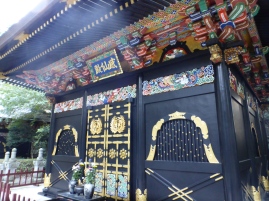 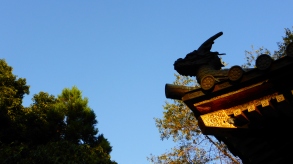 We only had time for one thing that afternoon as everything shut at 16:30, so we headed to the hostel which was four stops down on the train from central Sendai.  It was a lovely guest house called Umebachi, tucked away at the end of a dimly-lit street which made it look very cosy and inviting.  The owners were young and friendly, and offered us tea upon our arrival before we were shown to the dorm.  The hostel was beautifully clean and comfortable, and at £15 a night we were really amazed!  I like hostels because you get to talk to other travellers and you do meet some interesting people – Sasha and I asked a man about the giant cuddly lion he was carrying around and instead of continuing a normal conversation, he started violently squishing the lion for a while and we thought this was some kind of elaborate explanation as to what it really was, but it turned out he was just trying to shove its head inside its body.  However one of the girls in our dorm happened to come from Hirosaki so she was a bit more fun to talk to!

That evening we were craving kaiten sushi (the conveyor belt kind) so we went back into Sendai and stumbled across an alley lined with glowing bars and restaurants.  We came to a little place with steamy windows that looked perfect, where the chefs were standing in the middle of the room making sushi at the customers’ requests (rather than the kind of place where you choose food from a screen and it arrives at your table on a little train, which is also fun but we decided to have a go at the proper way!)

We weren’t really sure how to order, but it seemed that everyone was just shouting what they wanted at the chefs who would place it in front of them about two minutes later.  You can also swipe plates off the belt as they come round, and it’s very easy to end up with a huge stack of them at the end!  You can eat as much or as little as you want and it’s still so cheap… I had six glorious plates and it only came to a fiver which is ridiculous if you compare it to what you get at Yo! Sushi. 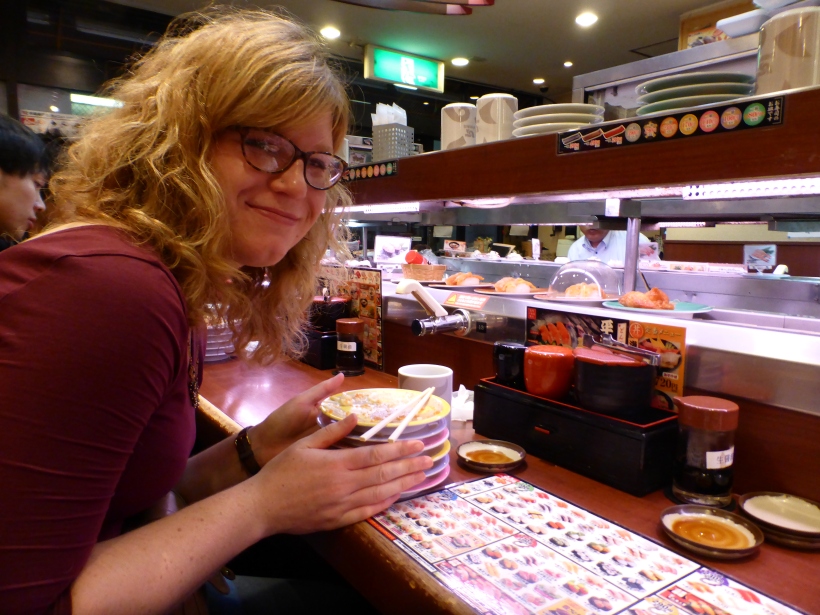 Sasha had never done karaoke before, and I will take any chance I can get to drink beer and murder classics such as Total Eclipse of the Heart to cheesy MIDI backing tracks and even cheesier budget music videos where the actors gaze wistfully into the distance in montage after montage.  We spent a good hour wailing in our karaoke room before calling it a night and crashing onto our futons back at the hostel.

Bon Jovi also made an appearance

(The next issue of GMA has been published and you can see my first contribution to Photo Corner 😀  There are also some horror nano stories written by me and some other JETs in the Wordslingin’ column “Scary stories to tell in less than five minutes” if you want to get into the Halloween spirit! http://goodmorningaomori.wordpress.com )

6 thoughts on “Arriving in Sendai”